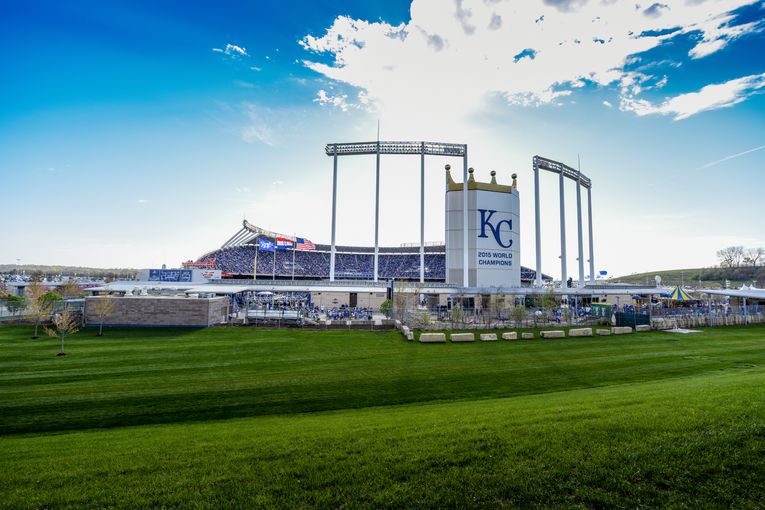 DESCRIPTION: Kauffman Stadium, home of the Kansas City Royals, is known as one of the most beautiful ballparks in baseball. After a massive renovation before the 2009 season, visitors to “The K” now experience modern facilities in addition to the tradition of Royals Baseball. Fresh off the Royals’ 2015 World Series win, Kauffman Stadium is one of the most energetic places in Kansas City.

ADMISSION: Tickets may be purchased online through the Royals website or by phone at 800-6ROYALS.

HISTORY: Since it opened as Royals Stadium on April 10, 1973, Kauffman Stadium has been known as one of the world’s most beautiful ballparks. Many exciting games have been played here, including the 1985 World Series win and the 2015 World Series win. The stadium also hosted the 1973 and 2012 All-Star Games. On July 2, 1993, the stadium was officially renamed in honor of the franchise’s late owner, Ewing M. Kauffman.

Prior to the 1995 season, the artificial surface on the playing field of Kauffman Stadium was replaced by real grass. Additional field level seating was added to the stadium before the 1999 season. Prior to the 2004 season, outfield expansions made the stadium one of the most spacious parks in Major League Baseball.

A massive $250 million restoration prior to the 2009 season included the expansion of the concourse and an increase in number of concession stands, restrooms, ticket windows, suites and dining and lounge options. Over 1,000 “fountain view” seats were also added. Fans can now walk all the way around the stadium. Beyond the outfield is the Outfield Experience, which includes the Royals Hall of Fame and various pre-game amenities for kids of all ages.

WHERE TO GET LUNCH: In addition to traditional ballpark concessions, other dining options inside the stadium include health-conscious offerings, as well as restaurant-style locations such as Rivals, the Craft & Draft, & the Diamond Club.

WHAT’S NEARBY: The neighboring Arrowhead Stadium is home to the Kansas City Chiefs.

DID YOU KNOW: Kauffman Stadium has one of the largest hi-definition video boards in Major League Baseball, measuring 85 feet wide and 105 feet high. The stadium’s 322-foot-wide water spectacular is also the largest privately funded fountain in the world.

PARKING: Parking passes for fans must be purchased in advance and will be digital. No toll booths will accept cash or credit on game days. 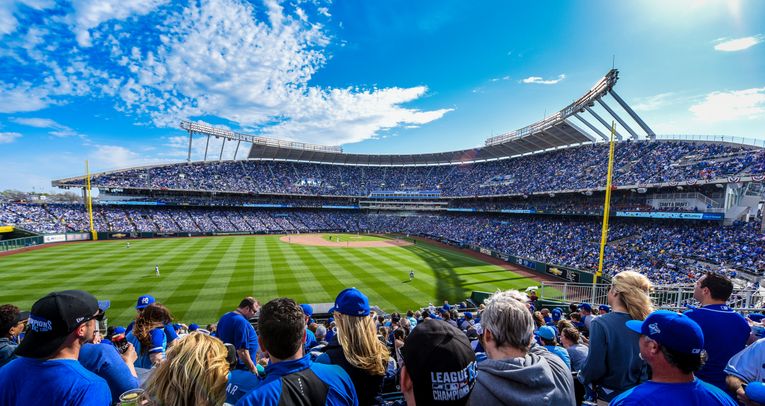