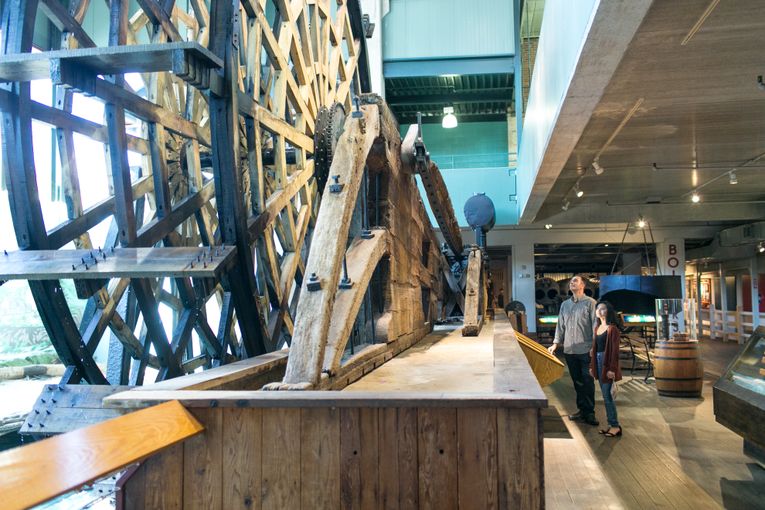 LOCATION: On the east side of The City Market, a few blocks north of Downtown in the River Market district.

HOURS: Open 10 a.m.-5 p.m. Mon.-Sat. It is recommended to allow 90 minutes for a self-guided tour. Guided tours will not be offered for the foreseeable future. The museum closes for New Year's Day, Easter, Thanksgiving, Christmas Eve and Christmas Day. Call for other holiday hours.

HISTORY: When the Arabia struck a submerged tree on its fateful voyage up the Missouri River on Sept. 5, 1856, the boat was packed with close to 200 tons of cargo and about 130 people. The boat, which took nine months to build, sank in a matter of minutes. Luckily, its passengers and crew made it to shore, but almost all the Arabia’s cargo was lost. That is until a group of Kansas City “treasure hunters” decided to attempt the unthinkable—dig up the legendary ship.

Over the years, the banks of the Missouri River shifted. This left the Arabia buried underneath a Kansas farmer’s crops. On Nov. 12, 1988, River Salvage Inc. broke ground above where they believed the Arabia was buried, and about four months later they saw their dreams realized. They used bulldozers, backhoes, wells, well-drilling equipment and a 100-ton crane to carve out a 45-foot hole, the size of a football field. Little did the group know that they were about to excavate the world’s largest collection of pre-Civil War artifacts.

In the end, River Salvage Inc. recovered more than 200,000 frontier artifacts which included 4,000 boots and shoes, more than 10,000 printed calico buttons, 5 million glass trade beads and tens of thousands of other priceless pieces.

WHERE TO GET LUNCH: The City Market houses 12 restaurants—with menus ranging from Ethiopian to Middle Eastern cuisine.

WHAT’S NEARBY: The City Market is home to an eclectic mix of shopping and dining options plus the region’s largest farmers’ market. Also within walking distance, Berkley Riverfront Park offers picturesque views of the Kansas City skyline.

DID YOU KNOW: In spite of the fascination associated with the trade, navigating the Missouri River was a difficult and hazardous business. Many boats sank because of fire and boiler explosions; others ran upon rocks, collided with bridges, toppled over from high winds or were crushed by ice jams. However, the main obstacle to river navigation was the ever-present danger of the steamboat's hull being suddenly pierced by the trunk of a fallen tree. Lying hidden from sight just under the river's surface, these "snags" crippled and sank hundreds of steamboats, some even on their first trip up the river. Of the estimated 400 steamboats lost to the Missouri River, about 300 were "snagged". The Arabia was one of those victims.

DON’T FORGET: Sample the French perfume found onboard the Arabia—with its pleasant scent still intact. It’s believed to be the oldest intact perfume in the world.

GROUP TOURS: Contact steamboatmuseum@gmail.com for reservations or to inquire about group rates.

PARKING: Parking is free in the City Market lot.