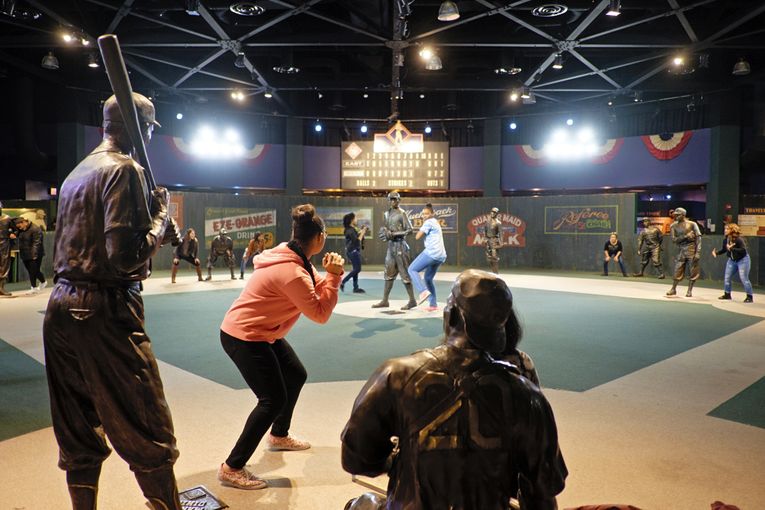 DESCRIPTION: Part of the Museums at the 18th & Vine complex, the Negro Leagues Baseball Museum recreates the look, sounds and feel of the game’s storied past. Video presentations and memorabilia in the 10,000 square-foot multimedia exhibit chronicle the history and heroes of the leagues from their origin after the Civil War to their end in the 1960s. Since its founding, the NLBM has welcomed more than 2 million visitors and has become one of the most important cultural institutions in the world for its work to give voice to a once forgotten chapter of baseball and American history. In July 2006, the NLBM gained National Designation from the United States Congress earning the distinction of being “America’s National Negro Leagues Baseball Museum.”

ADMISSION: Adults $10 and children (under 12) $6. Seniors $9. Admission to the Horace M. Peterson III Visitor Center and the Changing Gallery is free of charge.

HISTORY: The Negro Leagues were established in 1920 by Andrew “Rube” Foster in a meeting held at the Paseo YMCA. A site on the National Register of Historic Places, the building is located two blocks from the Museums at 18th & Vine. First functioning out of a one-room office, the NLBM eventually joined the American Jazz Museum in 1997 in a $20-million facility housing both entities.

WHERE TO EAT: The original Arthur Bryant’s Barbecue (1727 Brooklyn Ave.) is a few blocks to the east, along with Gates Bar-B-Q off of 12th and Brooklyn Ave.

DID YOU KNOW: The NLBM has hosted various dignitaries including Presidents Bill Clinton and George W. Bush, Maya Angelou, Colin Powell, Walter Cronkite and many more.

GROUP TOURS: Reservations are encouraged for groups of 25 or more. Reservations include a special introduction by museum staff and, if time permits, guided tour services. Contact the museum for more information.

PARKING: Parking is available near the museum. Visitors can park on either side of 18th Street, on the south side of "Buck" O'Neil Way (17th Street Terrace) or in public parking lots near Gregg Community Center (just north of the museums) at 18th and Woodland (one block east) or 18th & Vine (one half block west). Large buses for group tours should park and have passengers enter through the north entrance on "Buck" O'Neil Way or in the Parking lots at Gregg Community Center. 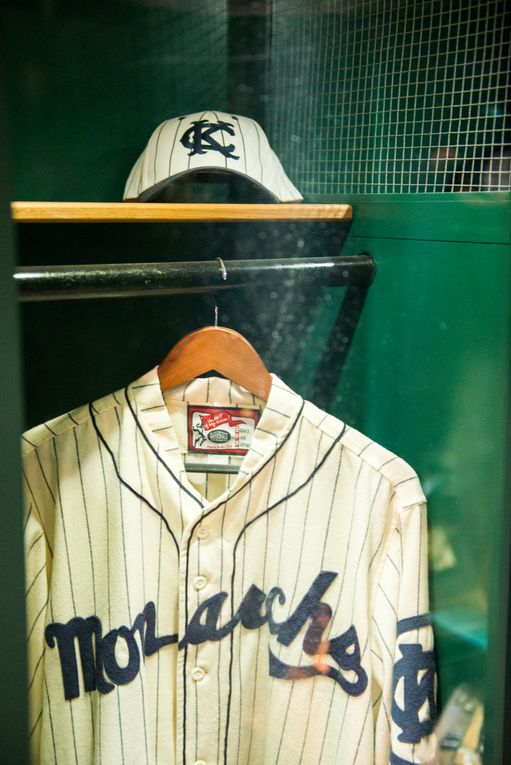 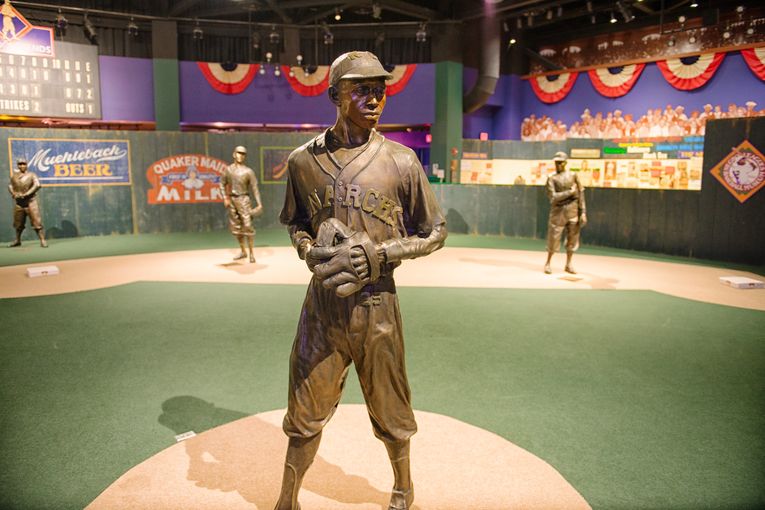