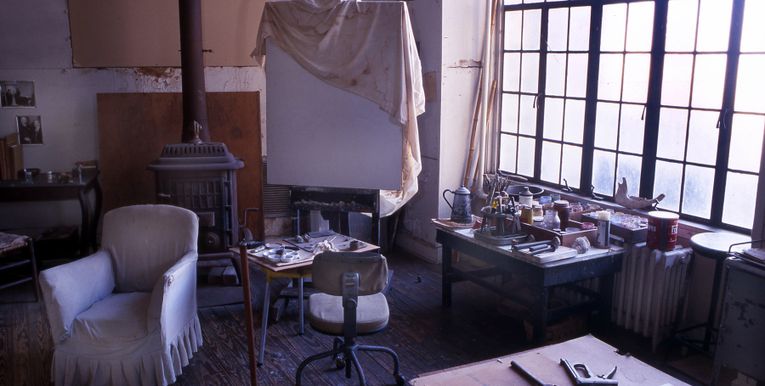 DESCRIPTION: This two-and-a-half-story, Victorian-style home offers an interesting glimpse into the mind of renowned painter and sculptor Thomas Hart Benton. The house was the residence of the famous Missouri painter beginning in 1939 and has remained virtually untouched since his death in 1975. Guided tours of the site are offered daily.

HISTORY: Benton is considered Missouri’s most renowned 20th-century artist. Born in Neosho, MO, in 1889, Benton moved to Kansas City in 1935 after pursuing art instruction in Chicago and Paris, serving a brief stretch in the Navy and teaching in New York City. The Benton’s moved into the Belleview home in 1939, the same year their daughter Jessie was born. It was in this home and adjacent studio where Benton completed much of his work. On Jan. 19, 1975, he suffered a heart attack and died in his studio. Eleven weeks later, his wife Rita followed. The historic site is now maintained by the Missouri Department of Natural Resources.

WHERE TO GET LUNCH: The 39th Street West business district houses several unique eateries, from Mongolian barbecue at Genghis Khan to Chinese dumplings at Blue Koi.

WHAT’S NEARBY: Kansas City’s two premier art museums—The Nelson-Atkins Museum of Art and the Kemper Museum of Contemporary Art—are a short drive away. Both museums are free and feature pieces by Benton.

WHAT’S NEW: A recently restored large Benton instructional drawing is now on display in the studio.

DID YOU KNOW: When he passed away, Benton was putting the finishing touches on a mural for the Country Music Hall of Fame and Museum. Although the piece now hangs in the Nashville museum, Benton died before he could sign it.

GROUP TOURS: Knowledgeable interpreters conduct guided tours of the Thomas Hart Benton Home and Studio State Historic Site. At this time, there is no set schedule for tours; they can begin whenever you arrive during open hours. Reservations for tours are only required if it is for a group of 15 or more people.

PARKING: The Benton Home is in a residential area and parking is limited to the street. 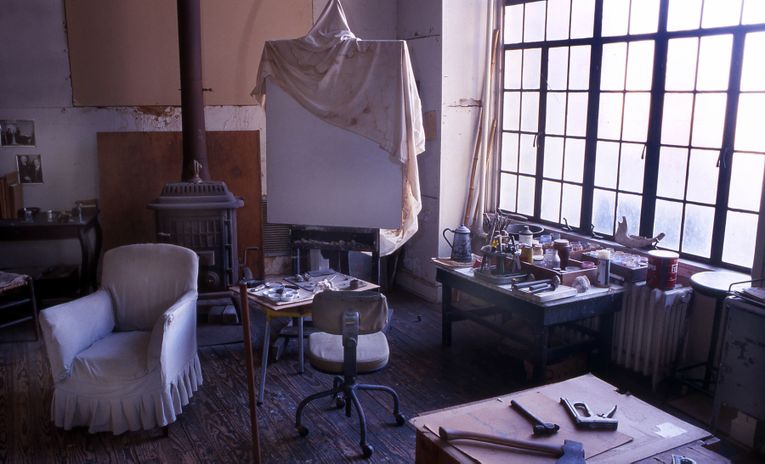