Kansas City, Mo. – Touting the city as “wide open and inviting,” the global leader in travel publishing has named Kansas City, Missouri, one of its Top 10 U.S. Destinations for 2014. Lonely Planet unveiled its selections on CNN.com this morning and the City of Fountains landed at #6.

”Whether emerging destinations or perennial favorites, these places have new or timely angles that make them prime for visiting in 2014,” said Emily Wolman, Editor-at-Large for Lonely Planet. “So whatever your upcoming dream vacation, we’ve got some U-S-of-A inspiration for you.”

Kansas City’s trademark fountains, barbecue and jazz were among the many reasons listed for the Top 10 selection. The article also praises KC’s “vibrant African American community” as well as its “intriguing and walkable neighborhoods.” Lonely Planet’s editors also note the appeal of the National World War I Museum at Liberty Memorial and its significance during the conflict’s 100-year commemoration.

“Now the entire world knows what we’ve known all along – Kansas City is a friendly, exciting and cosmopolitan city on the rise,” said Jon Stephens, Interim President & CEO for the Kansas City Convention & Visitors Association. “From festivals and farm-to-table restaurants, to arts and innovation, there's more to Kansas City than what meets the eye. Visit us in 2014 and see just how surprising Kansas City can be.”

This is the fourth year for the Top U.S. Destinations List, compiled by Lonely Planet’s expert authors and US staff based in Oakland, Calif. Founded in 1973, Lonely Planet is the world’s leading travel publisher with more than 100 million guidebooks to date. Its website, LonelyPlanet.com, witnesses more than 14 million visitors each month, with the “Top U.S. Destinations” list among its most-read articles every year.

To read the full article by Lonely Planet, click here. For this morning’s coverage on CNN.com, click here. 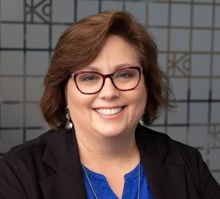